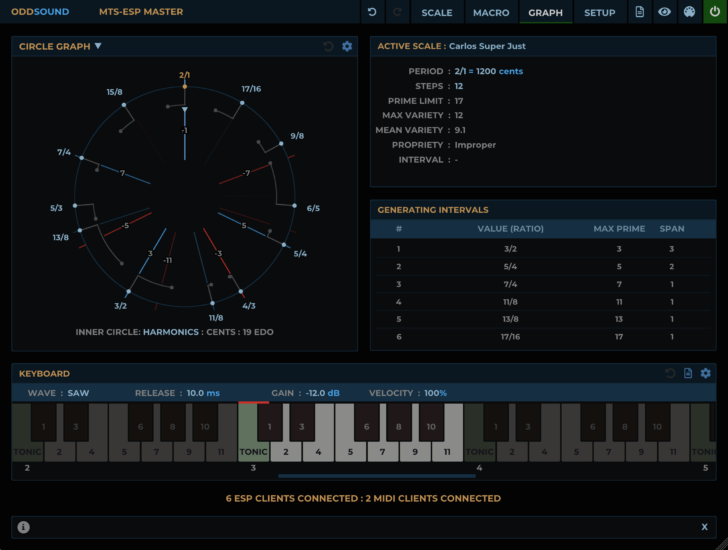 UK-based ODDSound, in collaboration with Aphex Twin (Richard D. James) have introduced MTS-ESP, a new plugin designed to make it easier to work with microtuning.

They say that MTS-ESP sets notes completely free and “challenges the dominance of western tuning, giving global cultures tools to compose in traditional local tunings, whilst extending the possibilities for all.”

MTS-ESP builds on the work of Robert Rich and Carter Scholz in creating the MIDI Tuning Standard (MTS). While MTS has been around since 1992, it’s never been ubiquitously supported, and is only now becoming more common in synthesizers.

The MTS-ESP Suite provides an intuitive toolkit for creating microtonal music, letting you create new tunings and control the tuning of all of your synths.