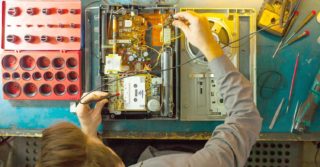 The US Federal Trade Commission (FTC) unanimously voted yesterday to ramp up law enforcement against repair restrictions that can prevent you from fixing your gear. 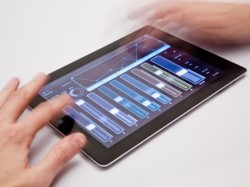 A downside of using mass-produced mobile devices, though, is that they’re extremely challenging to repair, which can leave you with music software or music on a dead, unrepairable device.

And while mobile devices are the most visible example of devices with repair restrictions, the issue is a concern with devices ranging from portable gaming systems to computerized tractors.

In May, the FTC released a report to Congress that concluded that manufacturers are using a variety of methods—such as using adhesives that make parts difficult to replace, limiting the availability of parts and tools, or making diagnostic software unavailable—that have made consumer products harder to fix and maintain.

The new Policy Statement goes further, saying that practices that restrict repairs of your products may be limiting competition for repairs in ways that may violate the law. The Commission says it will target repair restrictions that violate antitrust laws enforced by the FTC or the FTC Act’s prohibitions on unfair or deceptive acts or practices.

“These types of restrictions can significantly raise costs for consumers, stifle innovation, close off business opportunity for independent repair shops, create unnecessary electronic waste, delay timely repairs, and undermine resiliency,” FTC Chair Lina Khan said during an open Commission meeting. “The FTC has a range of tools it can use to root out unlawful repair restrictions, and today’s policy statement would commit us to move forward on this issue with new vigor.”