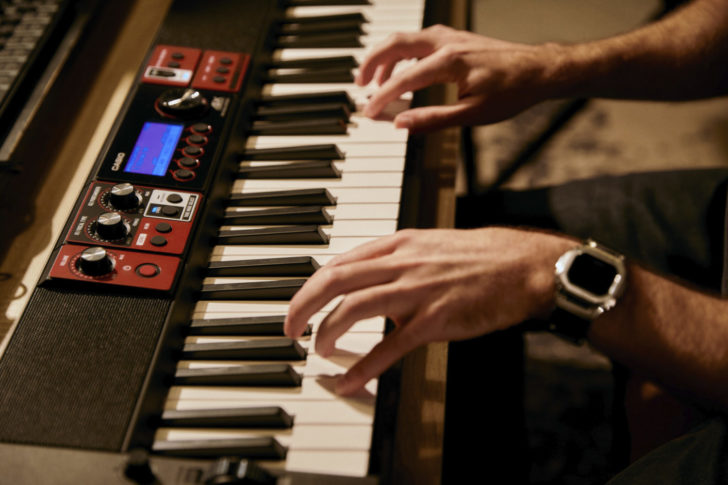 Casio today announced the portable Casiotone CT-S500 keyboard and its big brother, the CT-S1000V, a vocal synthesis keyboard that can turn any text, such as song lyrics, into musical phrases that the keyboard can “sing”, in full harmony, based on the notes that you play.

Casio says that no keyboard instrument has ever before been able to speak and sing with this degree of ease and musicality.

You can enter custom lyrics using the companion Lyric Creator app for iOS and Android devices. The words are transmitted into the CT-S1000V via USB and can then be played, using any of its 22 Vocalist types, including talkboxes, processed choirs, robot voices, vocoders and whispered voices

Phrases can be played all at once, according to a set rhythm when keys are pressed, or one syllable at a time as new notes are played – with or without legato. They can also be sequenced together to play complete songs.

Here’s a quick intro to the CT-S1000V and its vocal synthesis capabilities, from Casio’s Mike Martin:

Alongside the CT-S1000V, Casio also introduced the CT-S500 keyboard:

The CT-S500 comes with all the CT-S1000V’s instrument sounds, accompaniment features, sampling, MIDI recording, and effects – but without the vocal synthesis capabilities.

The keyboards each weigh just over 10 pounds and can run on six AA batteries.

Casio debuted the new instruments in a live online event, embedded below: