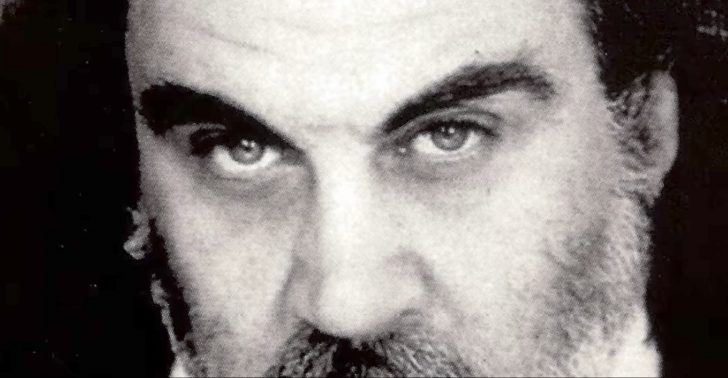 Pioneering composer and synthesist Vangelis has died at the age of 79.

According to a report by The Guardian, Vangelis died Tuesday, May 17, in a hospital in France where he was being treated. 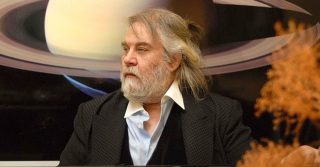 Vangelis (29 March 1943–17 May 2022) is one of the true icons of synthesis, reaching success in the worlds of rock, pop, film scoring and classical music. He was best known for his soundtracks to films like Chariots of Fire and Blade Runner.

Born Evángelos Odysséas Papathanassíou in 1943, he got his start with the groups Forminx and Aphrodite’s Child. The Aphrodite’s Child album 666 is notable as an epic and adventurous double-LP concept album.

In the 70’s, Vangelis developed a style of real-time composing, using multiple keyboard, alongside percussion and acoustic instruments, to create full arrangements. Using this approach, Vangelis composed scores for a series of nature documentaries, including L’Apocalypse des Animaux, La Fête Sauvage and Opéra Sauvage. He also launched his solo career with the album Earth, the first of dozens of albums to follow.

Vangelis achieved mainstream global success in the 80’s. His 1981 soundtrack to Chariots of Fire was unexpected and memorable, and not only did its theme reach number 1 on the US charts, but the soundtrack was awarded an Oscar.

For many synthesists, the highlight of his soundtrack work is his score to the science fiction classic Blade Runner. Vangelis combined the power of the Yamaha CS-80, and other synthesizers, with acoustic instruments and vocals to create a soundtrack that perfectly captured the complex multi-cultural dystopian world of Los Angeles, 2019.

Vangelis continued to score ‘A-list’ films throughout his life, including smaller films like Missing and epics like 1492: Conquest of Paradise and Alexander.

Vangelis was a composer of huge range and interests, and his solo albums reflect this. They combine a huge range of styles, ranging from rock to classical music to ambient to new age. We’ve characterized his music as “symphonic electronic”, because of his use of synthesizers and acoustic instruments to create richly orchestrated compositions that aren’t classical, but have a symphonic range.

His futuristic music was long-associated with space exploration. His 1976 album Albedo 0.39 takes inspiration from astronomy. His music was used as the soundtrack to Carl Sagan’s famous PBS series, Cosmos. And several of his most recent albums, including Mythodea, Rosetta and Juno to Jupiter, grew out of collaborations with European and US space agencies.

In addition to his solo and soundtrack work, Vangelis collaborated with many artists and in many styles. With Jon Anderson, he release several pop albums, including the hit Friends of Mr Cairo. With Irene Papas, he released a pair of albums that feature electronic orchestrations of traditional Greek music. And his later work featured several collaborations with opera stars, including Kathleen Battle and Jessye Norman.

A key aspect to Vangelis’s style is the fact that he composed his music in real time, creating full orchestrations with whatever instruments he had available.

Here’s an early example, from 1971, where a bare-chested Vangelis improvises with painter Georges Mathieu, as part of a multimedia performance:

Note how he uses an organ, a beat-up Clavinet, a recorder and some percussion instruments to improvise arrangements that have an almost orchestral feel.

By the mid-70s, Vangelis was working in a similar manner, but with synthesizers.

While some musicians of his time used electronic instruments to imitate orchestral instruments, resulting in ‘uncanny valley’ sound, Vangelis chose to create orchestrations with synthesizers as one part of an expanded palette of sounds. As a result, his arrangements are immediately recognizable as orchestral, though his sound palette is more broad than a traditional orchestra.

Vangelis was very interested in using synthesizers expressively, too, which is reflected in his extensive use of the Yamaha CS-80 in his mid-career work. The CS-80 features polyphonic aftertouch, which let Vangelis play the synthesizer more expressively than was possible with other synths. The CS-80 is all over his soundtrack to Blade Runner, where it is used to create both epic orchestrations and reflective leads.

Here’s an improvisation from the early ’80s, about the same timeframe as his soundtracks for Chariots of Fire and Blade Runner:

Vangelis did eventually embrace a more imitative approach in his arrangements, especially in his later soundtrack work.

Here’s an example from his later career, where you can see Vangelis preparing his rig, trying out some sounds, and then improvising a completed orchestration. Watch how he uses a custom MIDI system to create his sound palette and then uses a huge array of pedals to bring sounds in and out of his arrangement. And note how he uses tempo, dynamics and orchestration to make his arrangement expressive: