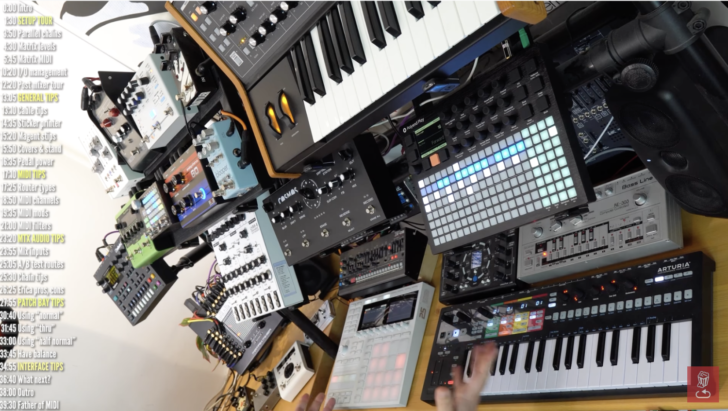 Ziv Eliraz, better known as Loopop, has released a new video, a comprehensive walk-through of “what a matrix synth and drum machine would look like”:

The synthesist and video producer explains: “The idea is to build a setup where you can pull out and replace an individual component (sequencer, synth, effect pedal, etc) without the need to rewire the entire setup, and in addition, that you can quick build new audio and MIDI routes without plugging or unplugging a single cable.”

The setup in the video is based on MRCC by Conductive Labs and Matrix Mixer by Erica Synths, but it also discusses patch bays and other alternative products.

Eliraz has a copious library of instructional, review and demo videos on his Loopop YouTube channel.