Filton is based on the filter of Modal’s 002 synthesizer. It’s based on “the most popular classic filter design in synth history”, but features pole sweeping, which allows for seamless filter morphing from four pole through bandpass to one pole 6db per octave, or anywhere in between.

“We were asked by many to release the 002 filter as a separate product to use with external sound sources or in Eurorack setups. Filton is our answer to these passionate musicians and producers.

Although the ladder filter within Filton incorporates the same filter circuitry from the 002 synthesiser, Modal made many alterations to the original design to improve both stability and sound. Also, this module contains two discrete filters rather than just one, to process two sound signals independently or allow for series or parallel processing of a single source.

Each filter features an audio input, four analogue CVs with attenuvertor controls for FM, Resonance, Morph and Level, pitch tracking provided by the 1V/Oct input, an audio output and a mixed output. All CV inputs on Filter A have been normalled to Filter B, meaning any CV signal plugged into Filter A is automatically sent to Filter B if nothing is plugged into the corresponding input.” 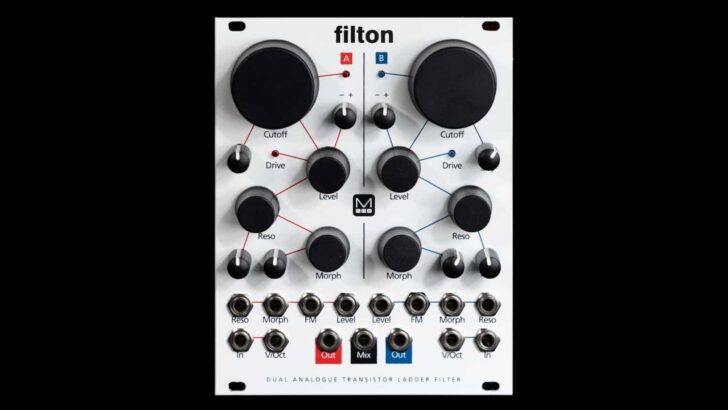 Filton is available as a limited edition for £299 via Kickstarter. Modal has no plans to distribute it using its usual distribution network.

Note that Kickstarter projects can involve risk, which are documented on the project page.