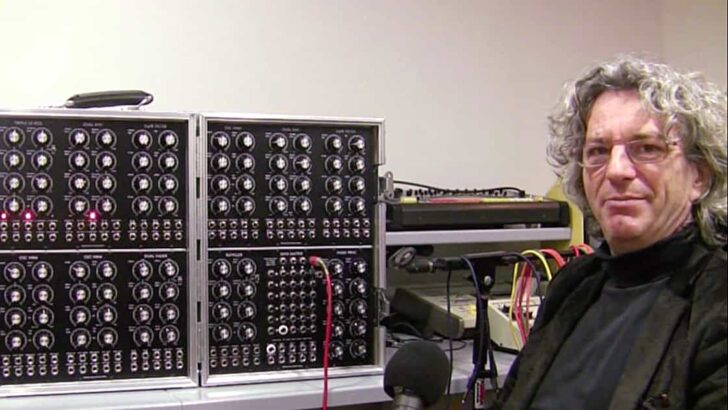 Dutch Modular Fest and others are reporting that Dutch synth designer Rob Hordijk has died at the age of 64.

Hordijk (1958-2022) is best known to synthesists as the developer of the Blippoo Box, Benjolin & the Hordijk Modular System.

Here’s a profile of Hordijk from 2014, by synthesist Franz Schuier:

The late Darwin Grosse – host of the Art, Music & Technology podcast – talked with Hordijk in 2017 about his synths, his approach to synthesizer design and his views on modular synthesis.

The deep discussion offers insight into Hordijk’s approach to modular synth design. Or as Hordijk puts it, “Modulations are more important than modules”.

You can listen to the interview via the embed below, or via the A+M+T site:

Hordijk described the Blippoo Box as an audio sound generator that operates according to the principles of chaos theory:

“In the hands of performing musicians, the Blippoo Box becomes an electronic music instrument that invites performers to improvise with the chaotic nature of the box. Despite this chaotic behavior, the produced sounds have particular characteristics that are roughly predictable and enable a performer to build a performance around a composed scheme.”

Here’s a video, via synthesist Todd Barton, that explores the sonic range of the Blippoo Box:

The Hordijk Modular System is sort of a hybrid of the classic Moog format and Paul Schreiber’s MOTM format. It conforms mechanically to Moog format, but with MOTM-style flat panels. The System’s also uses MOTM-style electrical connectors.

Here’s an in-depth look at the Hordijk Modular System from Hordijk himself, from the European Electro Music Event 2012 that took place at Mallorca – Spain:

The video below, via Chris David, captures Hordijk performing with his Modular System at Noodlebar in 2016:

You can find information on Hordijk’s designs on Modulargrid and The Hordijk Modular Blog.

The power of subtle orchestration is a secret that is impossible to transmit, and the composer who possesses that secret should value it highly, and never debase it to the level of a mere collection of formulae learned by heart.