Moogfest 2014, held in Asheville, NC April 23-27, was an ambitious, audacious and ultimately successful electronic music festival that transformed Moogfest into an international event that may be the yardstick by which other events are measured in years to come. Moogfest began its life in 2004 as one-evening event, based in New York. The initial… END_OF_DOCUMENT_TOKEN_TO_BE_REPLACED

Photographer and electronic musician Robert Pluma has shared with us some tantalizing photos he shot at the “Future of Music” talk at last week’s Moogfest, including some shots of what appears to be a new Teenage Engineering synth, the PO-12. Robert shares, “I wasn’t taking notes so I would suggest confirming details with TE, but… END_OF_DOCUMENT_TOKEN_TO_BE_REPLACED 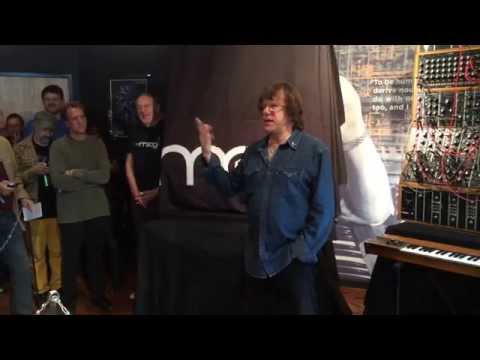 At Moogfest 2014, Roger Linn gave a presentation on The LinnStrument & The Revolution In Multidimensional Music Controllers. Linn has a long track record of innovative instrument designs. He helped define the modern drum machine with the LinnDrum. He created the Music Production Workstation MPC, giving musicians a new way to work with samples. And… END_OF_DOCUMENT_TOKEN_TO_BE_REPLACED

At Moogfest 2014, developer/musician Geert Bevin gave a discussion on Mobile Synthesis & Future Forward Controllers. Bevin has extensive experience working with new music controllers, as both a musician and developer. He’s an early adopter of the Eigenlabs Eigenharp and is also the developer of GECO MIDI, a gestural MIDI control app for the Leap… END_OF_DOCUMENT_TOKEN_TO_BE_REPLACED 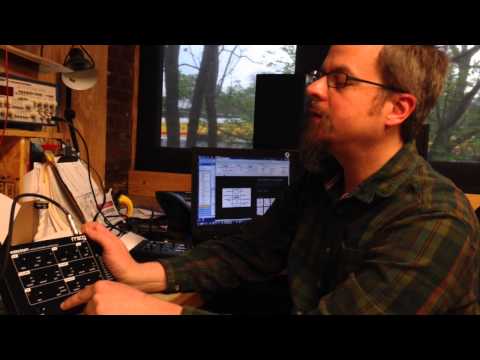 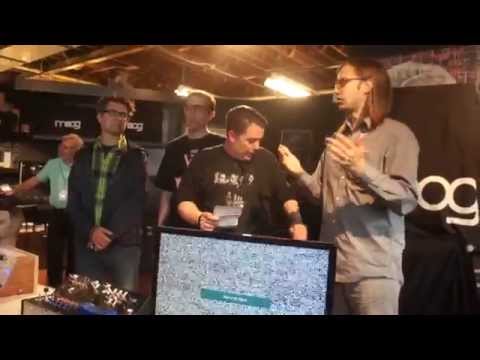 This playlist documents the finalists in the Moogfest 2014 Circuit Bending Challenge.