We recently saw a post on the Weirdest Guitars In The World – and, after taking a look, all I can say is that guitarists are a pretty conservative bunch.

You haven’t seen weird, until you’ve seen some of the bizarre synth contraptions that keyboardists and electronic musicians have come up with.

In fact, some of these instruments are so weird, we’re not even sure if they are synthesizers!

Take a look at this twisted synthfest, and you be the judge. 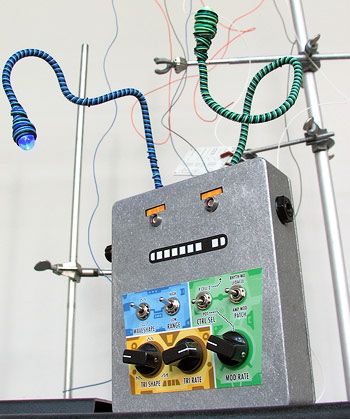 The Thingamakit isn’t like other synthesizers – it’s an anthropomorphic robot synth that you make yourself.

It can make all sorts of weird noises – but the best part is that every Thingamakit synth is different!

Rory Harnden’s Body Music is a visual demonstration of a touch-based music synthesizer.

While you may be thinking of new and interesting ways of making this baby squeal, we like it because it demonstrates how synth sounds can be modulated based on skin contact. 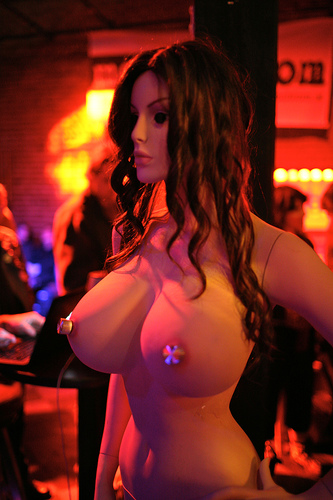 “The process leading to a female orgasm is a uniquely delicate challenge for both sexes leaving it a mystery to most men and women.”

“Moaning Lisa is an instillation that examines this complex process by simplifying it into an almost game-like state. With Lisa, as in life, there are no instructions on display. This leaves each participant to discover how Lisa’s true sexual potential is unlocked.” 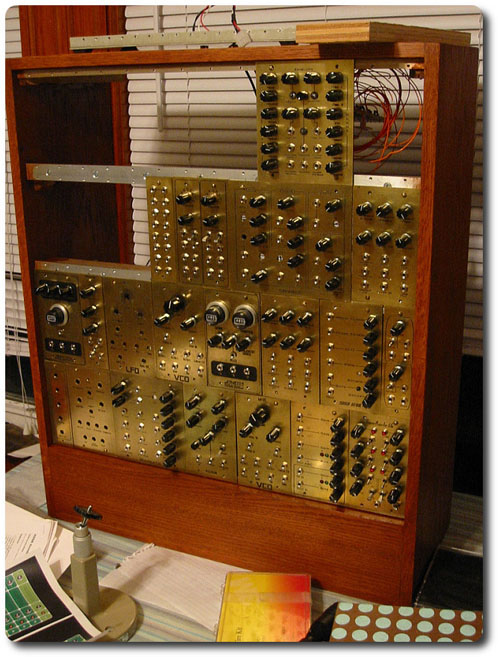 This steampunk synthesizer is inspired by Jules Verne and features etched brass control panels, so you can hyper-modulate the oscillators and travel back in time in style. 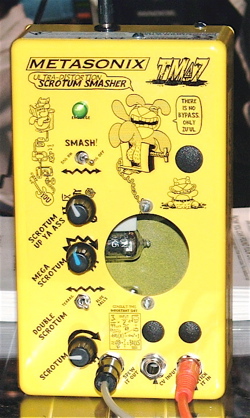 Eric Barbour is hell-bent on putting tubes where they don’t belong, and the TM-7 Ultra-Distortion Scrotum Smasher is no exception.

The TM-7 is one of Barbour’s strange lineup of synth module/guitar pedals designed to explore new ways of using vacuum tubes for audio.

If you think that the TM-7 might be a nice effect to feed your new age pad patches through, Barber notes “There is no bypass. Only Zu’ul.”

There’s no comparison to making music with the head of Farrah Fawcett, one of 13 bizarre circuit-bent children’s toys. 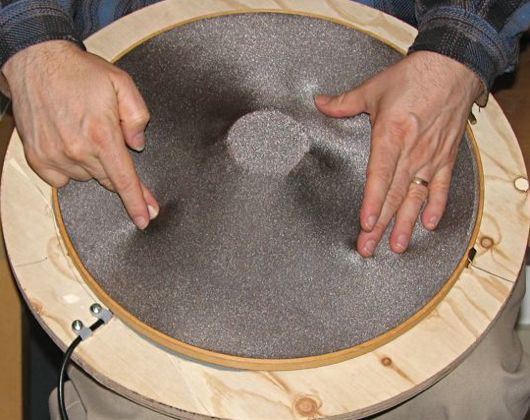 The Tablo, a new multitouch keyboard/drum controller integrating displacement and pressure, just doesn’t look as cool as other new music controllers, like the Tenori-On or even the MultiWind.

Get beyond that, though, and you’ve got an entirely new way to make music. 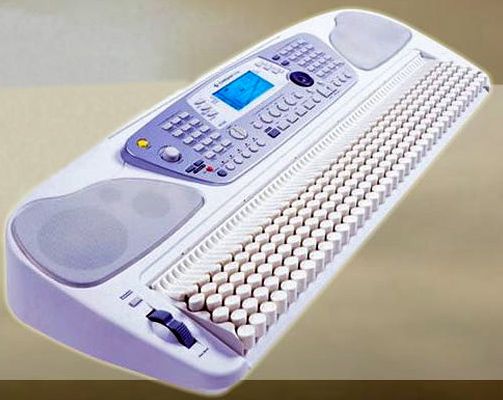 For those of you that want to play more notes, the Chromatone CT-312 Keyboard may just do the trick.

And it’s almost recognizable as a musical instrument, too!

The unusual keyboard configuration is designed to make it easier to learn how to play music. That’s what I got from the Chromatone site – but I could be mistaken, too. Here’s a quote from the site:

“Do you have the experience to be able to do nothing but abandon music why by the complexity though music is the one, that is, the happier, more light-hearted familiarity originally feeling the sound intuitive?” 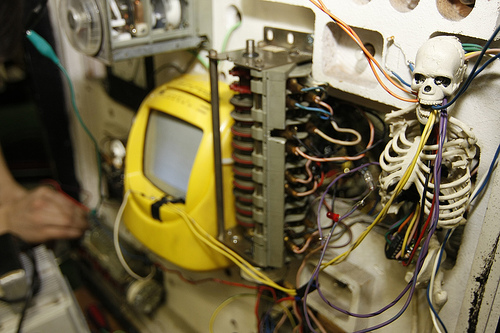 This scary synth, from the Experimental Electronics-Blog, is the first synth that we’ve seen with an integral skeleton.

Isidore is the funky modular synth robot of DamagedMeat:

This video is a demonstration of the latest version of Isidore, with a screen in the head displaying waveforms and Lissajou shapes comin’ out from the MFB Videoscope module.

In this video, hamster Sammy enjoys improvising on an Opal Sonome keyboard:

She gives herself a little wash and clean while holding down a minor 9th chord! The plastic sphere is her means of transport while chasing humans across the kitchen floor, her equivalent to a skateboard or bike.

The keyboard uses an alternative layout that’s designed to make it easy to see the relationships between notes in chords.

McBlare, above, is a robotic bagpipe player developed by the Robotics Institute at Carnegie Mellon University (pdf). McBlare plays a standard set of bagpipes, using a custom air compressor to supply air and electromechanical “fingers” to control the chanter.

McBlare is MIDI controlled, which means that you can play it using standard keyboards.

From The Complete Guide to MIDI Bagpipes

This video shows several different users trying out the first iteration of the SynthMonster, a strange music tribble. 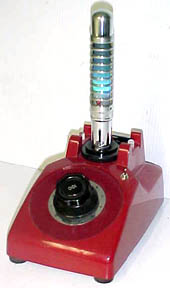 Tim Kaiser’s take on the theremin is more than a bit kinky looking.

The Classic GeigerPhone Theremin is based on a red phone and a geiger counter antenna. We’re sure it can deliver waves of tingling aetheric sound.

If you ever get the urge to wear a pair of translucent go-go boots and start a retro sci-fi pop band, you could do worse than to get your hands on one of ElectroKraft’s Sonar*Axe instruments.

The Sonar*Axe is an “experimental sci-fi MIDI controller using a sonar sensor to detect hand position (generating notes), and a photocell to generate changes in note octave.”

Got a weirder synth? Tell me about it in the comments!

4 thoughts on “The Strangest Synthesizers In The World”