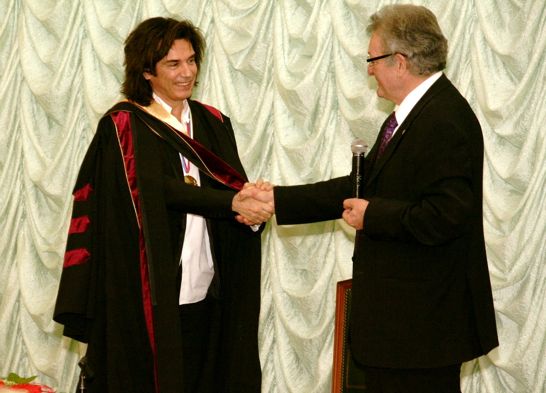 Jarre was decorated for “his outstanding contribution to the promotion of music as a culture and his commitment to protecting the environment.”

The official ceremony took place in an amphitheater at the Moscow Faculty of Sciences. The Rector bestowed the honor and the uniform upon Jean Michel Jarre before students and members of the Russian press and TV. A short tribute concert was then played by the university orchestra and choir.

The distinction was granted to Jean Michel Jarre during his stay in Russia, where he is to perform two concerts at the Kremlin Palace, and another one in St. Petersburg.