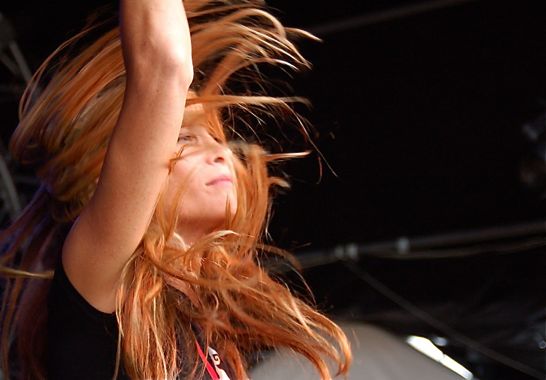 This video catches trance artist Dali at the Psychodelic Progressive Trance concert, singing, soloing on the synths and adding a little percussive spice:

The crowd doesn’t seem to notice anything unusual about Dali’s performance.

Can you tell when she’s faking it?

The video is via DeadAct.com, a blog that pokes fun at electronica acts that blatantly fake their live shows.

According to the site, “To qualify as a Dead Act, the performer must have pre set out their performance in such a way that if they were to drop dead, the set would keep playing on as normal. Bonus points for fake knob tweaking, failed attempts to play real instruments , and good orgasm faces.”

9 thoughts on “Can You Tell When She’s Faking It?”