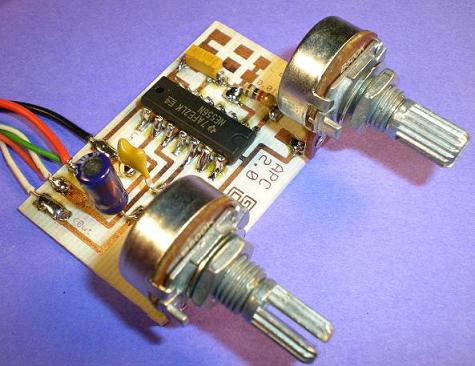 GeLoFi has released version 2 of its Atari Punk Console kit.

The kit makes a limited tone generator – but most of the fun of Atari Punk Consoles is the variety of cases people build them into.

The Stepped Tone Generator circuit by Forrest M Mims III has been around for ages. Recently the same circuit was rediscovered and reborn catching the attention of the Internet as the Atari Punk Console for its coarse and crunchy tones.

Redesigned entirely from scratch and based on the original schematic from the Radio Shack Book. The APC 2.0 is designed so that its components solder directly to the matching traces on the printed side of the board. It is quick and easy to put together even for a novice.

There are three major differences between the APC 2.0 and previous designs.

Much time was spent documenting the assembly process so that anybody without prior experience can put this fun noise maker together. Everything you need is for sale in a kit for $22 ( Includes International Shipping ) and can be purchased through the GetLoFi.com/Shop.