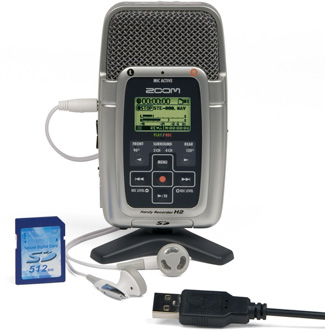 With four built-in microphones, the H2 captures 360° sound into two stereo WAV files. Until now, there was no easy way for H2 owners to share their unique surround recordings with the world.

Additional details on the output formats:

Vortex Zoom Encoder runs on Mac OS X and Windows XP/Vista. The program operates in full-featured mode for 30 days and then reverts to a free player for Zoom H2 surround files, allowing users to hear their four-channel recordings through four speakers. Users can unlock and restore DTS, Binaural, and 5.1 WAV encoding for $25.