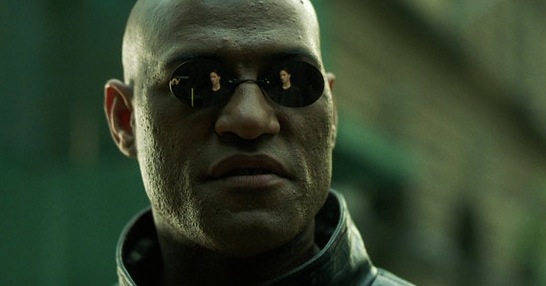 For years, there’s been a tradition in the world of electronic music of “Easter eggs” – hidden messages, secret pictures and other things meant as surprising treats.

Here’s a roundup of some synthesizer Easter Eggs that we’re aware of. If you know of other ones, leave a comment!

Even hardcore fans of The Matrix frequently do not know how deep the rabbit hole goes.

At the beginning of the film, Trinity is in room 303 and Neo is in room 101. Rumor has it that the Wachowski brothers put those in as inside jokes for fans of electronic music, referring to the iconic Roland TB-303 and Roland SH-101 synthesizers.

Character names “Trinity” and “Morpheus” also were the names of new synthesizers at the time the movie was released. 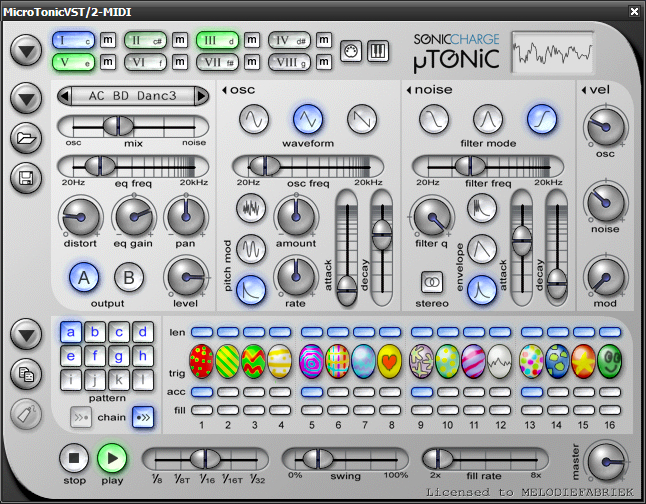 Sonic Charge, makers of MicroTonic, embedded literal Easter Eggs as a treat for users – but only one day a year.  via Waveformless, by Marco Raaphorst

Look what we having – the useless Emax feature “bird run”.

Someone at Emax had a sense of humor.

Kurweil keyboards are some of most powerful and flexible synthesizers ever created.

They also can be used to play pong:

Propellerhead Reason’s Subtractor actually lets you “unscrew” the screws that hold it in the rack.

Looks like someone had a bit of free time at Propellerhead…..

Synthcart is an Atari 2600 cartridge that lets you play music using a pair of Atari’s keyboard controllers.

Easter egg: secret light show mode that displays color patterns based on sound output. To activate, put the scale on “major” and put the left keypad on “pitfall” or “saw” and play the notes: 4 7 8 9 8 9.

Several Easter eggs have been reported with Sytrus synthesizer:

When clicking on the Sytrus logo in “Show Info”, the Hint Bar at the top says “Don’t even think about it you fruit-clicking pervert!”. After several more clicks, it will say, “Ok, fruit-clicking pays.” At this stage, the modulator grid changes to green rather than the standard blue. Then, “There’s nothing more, you know…”

On new year’s eve, in the status bar there shows up a label saying “Tonight don’t forget to puke.”

Synthesizers.com’s SynthInvent lets you design your ultimate monster modular synthesizer – but it also has its secrets.

We haven’t seen it – but according to the SynthInvent FAQ, it’s hiding an Easter egg. 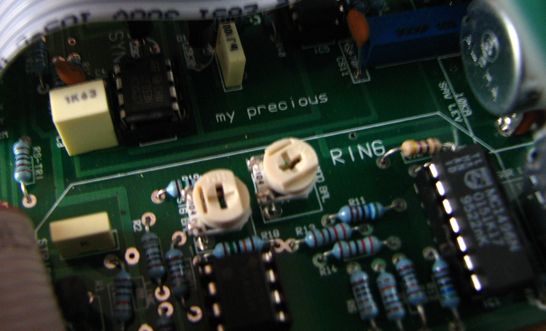 Speaking of monster synthesizers – if you pay the big bucks and build a monster modular synthesizer, you should get a few Easter eggs as a part of the deal. 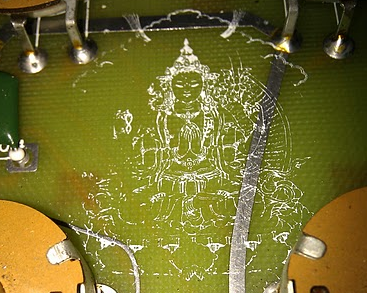 The Sequential Circuits Pro One analog synthesizer has its share of sonic secrets.

But it also has treats that will be found by people opening the keyboard up, presumably for maintenance.

Among these secrets is an image of Buddha on the logic board and some special mushrooms.

Apparently, the Dave Smith Instruments Mopho carries on this tradition, hiding the words “Pro One II” on the logic board.

Serato Scratch Live has at least three Easter Eggs, as this video demonstrates:

The Korg Kaossilator has a hidden feature, as this video demonstrates. that lets you record 4-bar patterns.

14 thoughts on “The Secrets Of Synthesizer Easter Eggs”

Some things just take time. You can’t produce a baby in one month by getting nine women pregnant.