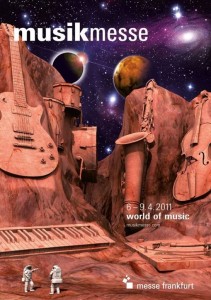 Have you weighed in on the hottest new synth of Musikmesse 2011 yet?

Other introductions included: the Vermona PerFourMer Mk11 polyphonic synthesizer; the Elektrokosmos Kosmonaut; and some interesting new modular synth modules. And one of the surprises of the show was the Schmidt Analog Synthesizer – an all-analog monster synth.

If you haven’t weighed in yet – take a chance and vote for the hottest new synth from Musikmesse below.

One thought on “Vote For The Hottest New Synth Of Musikmesse 2011!”