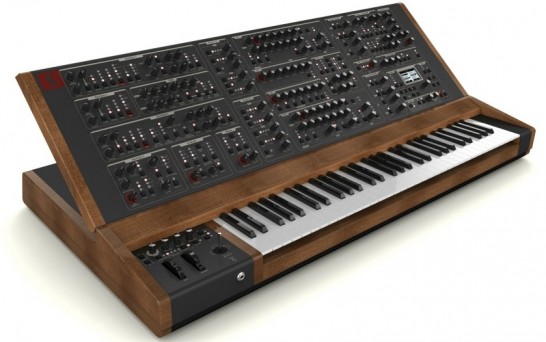 That’s what we asked – and over the last two weeks, 758 readers weighed in – choosing the Schmidt Analog Synthesizer as the hottest synth introduced at this year’s show.

The Schmidt Analog Synthesizer is a big muscle car synth that has no ship date and that will probably be prohibitively expensive. Nevertheless, the combination of real analog sound, massive synth power and a knob for everything makes the Schmidt irresistible. It was the reader favorite, by a wide margin.

Here are the five synths that you voted the Best of Musikmesse 2011:

It’s not that surprising to see Korg, Roland and Yamaha among the top five. What is a bit surprising is that readers picked two boutique synths, the Schmidt and the Elektrokosmos Kosmonaut among the Best of Musikmesse.

Readers affirmed their interest in analog gear, too, picking three analog synths among the Best of the show.

Beyond the five synths above, there were strong introductions from Vermona, MFB, Nord and others. All in all, Musikmesse 2011 offered a good collection of announcements for synth fans.

10 thoughts on “Best Of Musikmesse 2011: The Schmidt Analog Synthesizer”