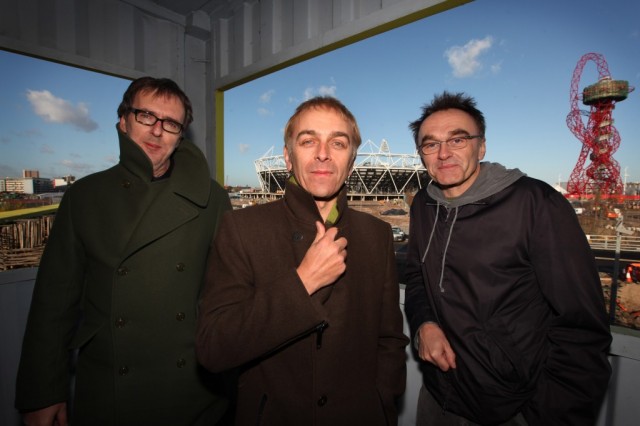 The London Organising Committee of the Olympic Games and Paralympic Games have announced that British electronic music pioneers Underworld have been appointed Music Directors for the Opening Ceremony of the London 2012 Olympic Games.

Underworld duo Rick Smith and Karl Hyde will work alongside Oscar winning British filmmaker and producer Danny Boyle, Artistic Director of the Opening Ceremony and will be responsible for all the music in the three-hour ceremony taking place on July 27, 2012.

Underworld and Danny Boyle have enjoyed a long collaboration since Underworld’s track Born Slippy featured in Boyle’s film Trainspotting. Over the following fifteen years the three developed a close relationship, with Smith and Hyde supplying music for A Life Less Ordinary, The Beach and co-scoring the 2007 sci-fi film Sunshine. In 2010 they came together again to work on the National Theatre production of Frankenstein.

“We want to leave people with a musical memory of the show rather than a purely visual one,” said Hyde. “It’s a great honour to be asked to do this and one we’re taking very seriously – it’s certainly not something we’ll get the chance to do again.”