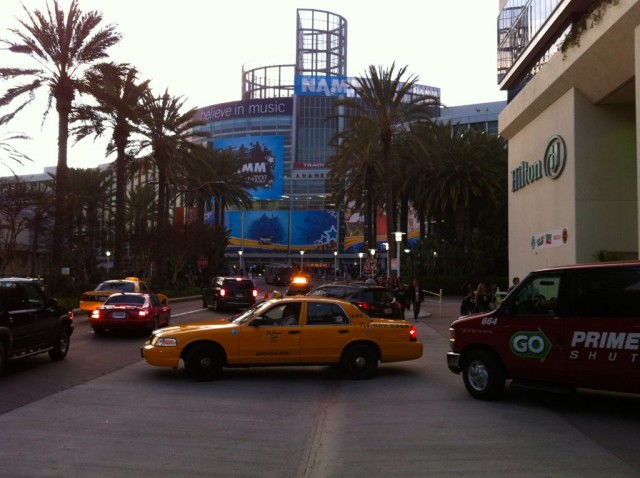 The 2012 NAMM Show is over – and we’re depressed and relieved.

The Winter NAMM Show is one of the most exciting events of the year, at least in terms of new gear, for musicians.

But, for anyone that hopes to cover the event, it also represents 5 days of relentless work…. and it comes with the reality that you can’t hope to cover it all.

We’ve covered many of the show highlights, over the last few days, including:

That’s right: there were five new synth introductions – in the second half of the show, alone!

And, though the Show wrapped up on Sunday, we still have a ton of NAMM Show news to bring you. We try to filter through the announcements and find what’s really newsworthy, and that takes some time. Expect more news – and some surprises – to come later this week.

To everyone I met at this year’s show – I hope to see you again in 2013. And, if we didn’t connect this year, I hope we don’t have to wait until next year’s show.

Until next year, here’s another batch of photos from the 2012 NAMM Show.