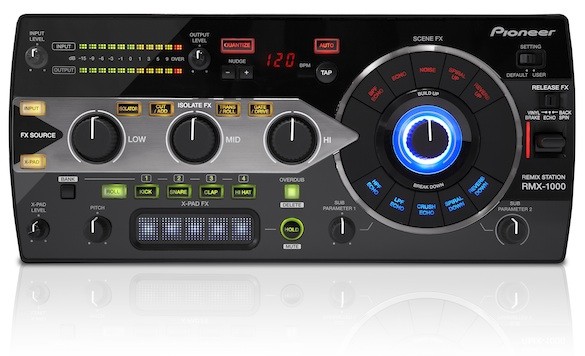 At the Musikmesse 2012, Pioneer is introducing the RMX-1000 Remix Station, a three-in-one system made up of editing software, a hardware controller and VST and AU plug-ins.

The RMX-1000 is designed to deliver the possibilities of studio effects and beatboxes, with the added physicality of pro-DJ equipment.

Pioneer’s remixbox editing software lets you customize the RMX-1000 hardware to your own performance style and load it up with your own banks of samples.

The RMX-1000 VST and AU plug-ins lets you use the Remix Station with your current digital audio workstation software.

The unit’s controls are divided into four categories: