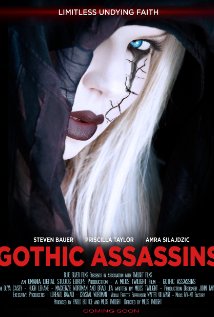 The new Milos Twilight movie Gothic Assassins due for release shortly has a soundtrack entirely composed on Apple iPad’s and iPhones. Whilst many might have branded Milos as mad when they first heard his concept for creating his soundtrack check out some of these tracks to see just what he has accomplished.

Here are a few tracks from the soundtrack: