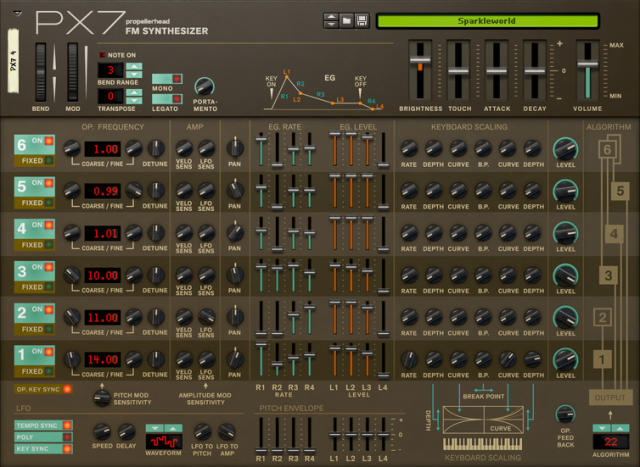 The PX7 FM Synthesizer is patch-compatible with the classic it’s based on. Patches from the original are included with PX7, and Propellerhead has an online patch converter that takes Yamaha DX7 patches and converts them to PX7 format.