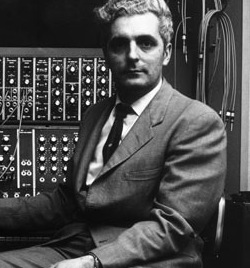 In 1964, Moog introduced the first complete voltage controlled modular synthesizer, an instrument capable of producing a wide variety of electronic sounds. His synthesizer helped revolutionize the face of music, giving artists and composers the capability to create a brand new palette of sounds.

The National Inventors Hall of Fame annually accepts nominations for men and women whose work has changed society and improved the quality of life. The candidate’s invention must be covered by a U.S. patent, and the work must have had a major impact on society, the public welfare, and the progress of science and the ‘useful arts’.

This year’s induction ceremony will take place on May 1, 2013 at the United States Patent and Trademark Office’s headquarters in Alexandria, Virginia.

via The Bob Moog Foundation