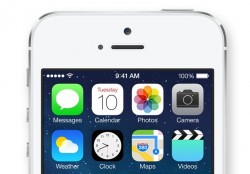 If you use your iPhone, iPad or iPod touch for audio, you should wait to upgrade to iOS 7, says Audiobus co-developer Michael Tyson:

We’re on the cusp of iOS 7, and I’m here to urge caution: If you rely on music apps, please don’t update yet.

iOS 7 audio is not ready. There are a wide variety of bugs that are causing performance problems, crashes and other problems in a large number of music apps.

This may change in the future, but until we see a few point releases for the OS, I strongly urge you to stick with iOS 6.

Audiobus co-developer Sebastian Dittman adds, “We’re posting here because we feel like we need to warn users…..that they might experience bugs with iOS 7’s audio system in day-to-day use as musicians.”

Waiting to upgrade computers used for audio is best practice for any system update – major system changes frequently require OS updates and app updates to optimize performance of music and audio apps. If you rely on iOS music apps, you should wait to update or expect some speed bumps for the near future.

If you’ve used iOS 7, let us know what your experiences are with it!

33 thoughts on “Wait To Upgrade To iOS 7, Says Audiobus Developer”