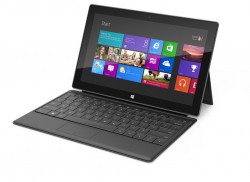 When Microsoft released Windows 8 and its line of Surface tablets, we reported that Surface RT tablets are DOA, but that Windows 8 beats Windows 7 for audio and  that Windows 8 music apps could be huge.

Yeah – those last two predictions didn’t work out so well for us. Windows 8 has been panned by users and blamed for causing the “most precipitous PC decline in history.”

Now Microsoft has released Windows 8.1 – an update that adds some new features, but more importantly, fixes some of the things people hated about Win 8. Is it enough to make you reconsider the OS? Check out the details and let us know what you think!

Here are some of the key features of WIndows 8.1:

42 thoughts on “Will Windows 8.1 Make You Reconsider Microsoft’s OS Disaster?”