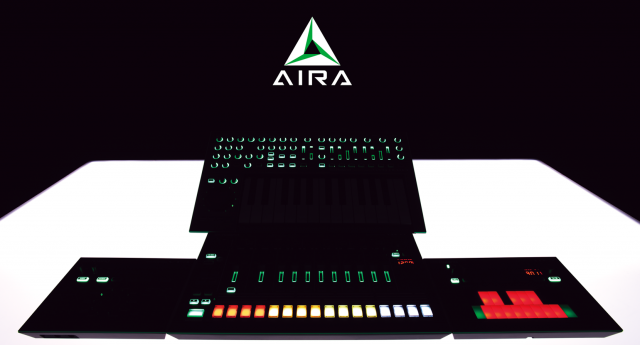 Roland has released another set of Aira teasers today, for the first time clearly showing that they’ve got four new devices on the way. 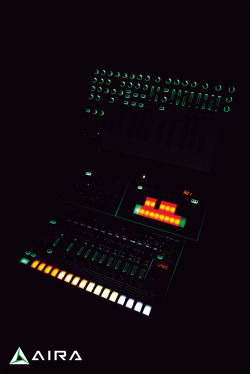 Here’s what they have to say about the Roland Aira line:

With roots in the very origins of electronic music, AIRA is the new series of products designed to meet the evolving needs of today’s electronic musicians. In the studio or on the stage, AIRA brings genre-defining sound and modern performance features to a new generation.

Roland also released a video that covers one of the technologies used in the Aira line – Analog Circuit Behavior, which appears to be a type of circuit modeling technology.

Here’s what they have to say about ACB:

Roland’s newly developed Analog Circuit Behavior (ACB) faithfully captures the sound and feel of some our most revered classics. ACB is the technology behind the authentic sound and responsive behavior of the AIRA products.

It utilizes original design specs, consultation with original engineers, and a detailed, part-by-part analysis of each analog circuit in Roland’s own pristine units.

Check out the previews and let us know what you think!

via Edward,  Roland US