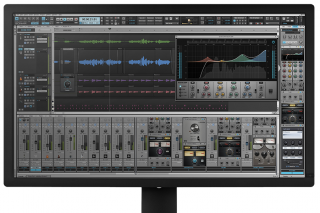 2015 NAMM Show: Cakewalk has announced a new SONAR product lineup and a new model for buying and owning DAW software.

With the new SONAR, the company is introducing a Membership model. Now, users have the option to choose either a traditional upfront payment, or to make monthly payments. New users receive 12 months of Membership free, while for current SONAR users, Membership renewal—which is priced similarly to a traditional lower priced product upgrade brings new updates every month instead of yearly (and sometimes overwhelming) updates.

The three new versions of SONAR are more clearly differentiated to focus on specific recording needs.

All three version have the same core features:

Here’s an overview of the three SONAR versions:

A detailed comparison of the SONAR versions is available at the Cakewalk site.

All three SONAR versions run on Windows 7/8, will be available globally in late January 2015 through music and sound retailers as well as the Cakewalk Store. Each SONAR version can be purchased up front, or with a monthly payment option. After 12 months, anything acquired during the Membership is fully authorized and never expires—regardless of whether Membership is renewed or not. See the Cakewalk site for details.