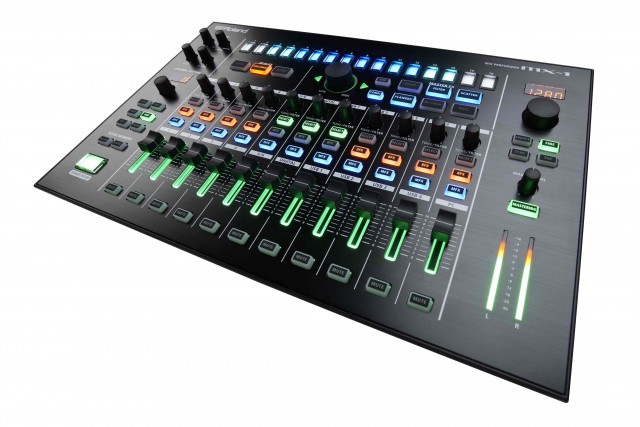 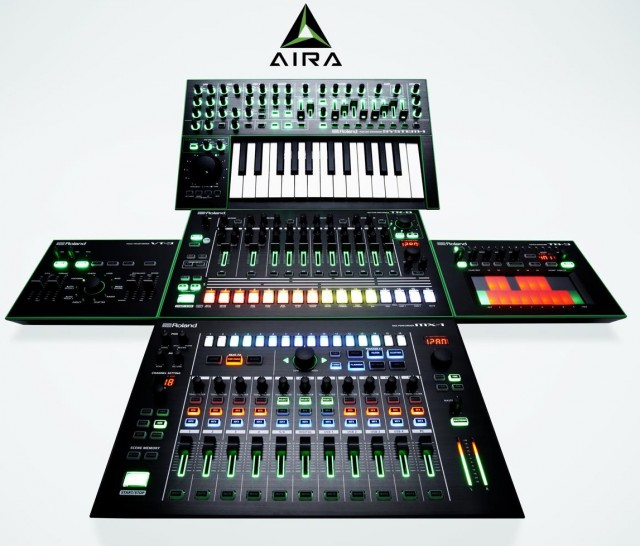 According to Roland, the new MX-1 functions as “the nerve center for a modern electronic music rig.” The MX-1 works with AIRA devices such as the TR-8, TB-3, and SYSTEM-1, as well as other music equipment.

The MX-1 can mix up to 18 audio channels from a computer, and AIRA devices are able to communicate directly via USB alongside other analog and digital gear. The MX-1 boasts versatile input selection, intuitive layout, and numerous tempo effects with step and real-time control, and the company is promoting it as “a unique and powerful tool for delivering spontaneous, dynamic musical performances.”

Simple to use, the MX-1 provides high-quality sound at rates up to 96 kHz, plus mixing features, and master tempo control (with fine and tap functions) to synchronize the MX-1’s effects with all connected devices via USB and/or MIDI.

Up to four AIRA devices can be connected to the MX-1 via standard USB cables. The AIRA Link USB connection provides both 96 kHz audio transfer and MIDI tempo sync information over a single cable.

The MX-1 is also equipped with multiple analog inputs for connecting gear such as synths, drum machines, even smartphones, tablets, and other various gadgets. A coaxial digital jack can be configured as either an input or output, and stereo send/return jacks are provided for connecting external effects units.

Each input channel on the MX-1 features a smooth level fader with six selectable volume curves, a Tone/Filter knob with ten different settings, and quick-access mutes that work with the LED-lit faders to clearly show their status, even in dark environments.

Scene memories allow users to recall previous mixer states that include all settings and effects configurations. The DJ-style cue function can be used to monitor input sources without affecting the main mix outputs.

The integrated tempo-based effects of the MX-1 allow users to “enhance” performances with “dramatic, pulsing” effects. Beat FX (Filter, Side Chain, and Slicer) can be applied to each channel independently, and the effect tempo is automatically synced to the clock master. The 16 TR-style step sequencer buttons allow the processing to be triggered at specific steps. Master FX such as Scatter, Roll, Bit Crush, and others are included as well.

The MX-1 integrates seamlessly with Mac and Windows computers, functioning as a high-performance, 18-channel 24-bit/96 kHz USB audio interface. MIDI over USB is also supported, allowing the MX-1 to send or receive tempo information and provide control surface functionality for music production software. Audio outputs from the computer can be mixed in the MX-1 alongside external devices to create a powerful and versatile software/hardware music system.

Pricing and availability for the Roland MX-1 Mix Performer is to be announced.