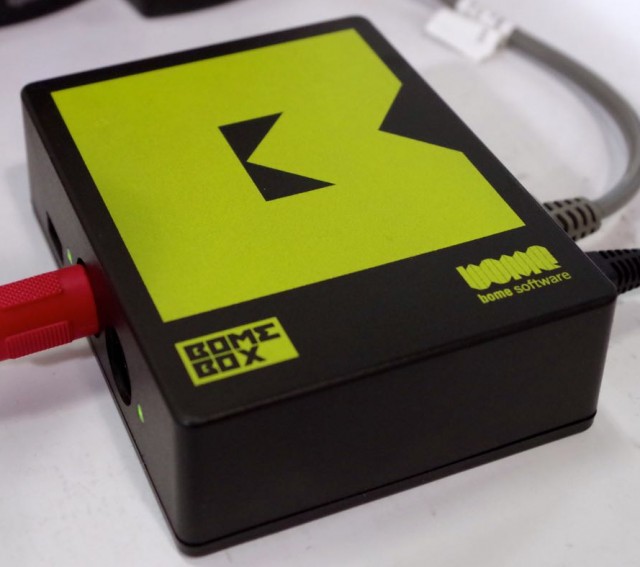 At the 2015 NAMM Show, Bome Software introduced the BomeBox, a hub for connecting and mapping devices via MIDI, Ethernet, WiFi, and USB.

The BomeBox is designed to simplify the creation of complex MIDI rigs that combine DIN MIDI, USB MIDI and WiFi MIDI – and even let you send MIDI over long distances via Ethernet.

The box has all the power of the company’s Bome MIDI Translator Pro software, but it puts it in a compact hardware case. This lets electronic musicians set up MIDI rigs using multiple protocols and technologies, with a hardware solution.

The BomeBox is configured via a web interface from a computer or smartphone. After loading a MIDI Translator project file into the box, it is self-contained: just plug it in and it will run the translations immediately.

According to the company, the BomeBox delivers reliable performance and low latency while using extremely little power: a standard cell phone charger is sufficient, and it can run for days on a USB power bank. Optionally, users can choose Power over Ethernet (PoE), reducing cabling and adding the option to supply both power and connectivity to cascaded BomeBoxes via the second Ethernet port.

The BomeBox is “MMA HD ready,” so once the upcoming high definition standard of the MIDI Manufacturers Association is published, a firmware update will allow you to use it for transparent translations to and from the new HD protocol.

Bome Software expects to have the BomeBox available by Summer of 2015. Pricing is to be announced. See the Bome site for more info.