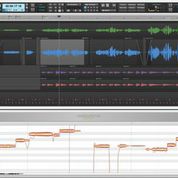 The recent Braintree* release addresses improvements requested by the community, and includes new content that complements Sonar’s “rich feature set” with a range of new presets and innovative loop libraries.

Pricing and Availability. The SONAR “Braintree” release is a free download from the Cakewalk Command Center, is available to all current SONAR Artist, Professional, and Platinum customers. All three SONAR versions are available globally through music and sound retailers, Valve’s Steam Store, and the Cakewalk Store.  Additional information about the Braintree release is available on the Cakewalk Sonar website.

*Why is it called Braintree? Sonar releases are named after cities in Massachusetts.