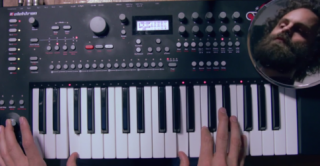 I finally got around to make a collection of 64 patches for the Analog Keys/ Analog Four. And for you who don’t have one of those unit, I made a sample pack with recordings of most of the patches.

The samples are long, so if you need one-shot files you’ll need to chop them up yourself. But for an Octatrack I figured it’s better to have many one-shots in one file.

The patches are available to supporters of his Patreon channel.