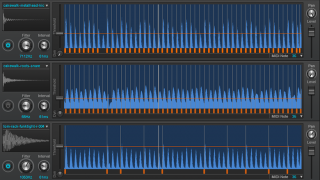 Cakewalk has released the May 2015 “Everett” release for SONAR Artist, Professional, and Platinum.

“Everett,” the fifth monthly update since Cakewalk introduced the Membership Program in January 2015, includes the new Drum Replacer for SONAR Platinum. According to Cakewalk. Drum Replacer is the most tightly integrated drum replacement technology ever.

Drum Replacer lets you replace individual hits or entire kits from existing drum tracks with samples, extract drum hits from loops and even trigger drums from percussive instruments. Unlike other drum replacement products that act as plug-ins inside of a DAW, Drum Replacer essentially becomes part of SONAR—which results in zero-latency performance.

The release also includes 40 fixes and enhancements, as well as improved ARA support.

See the Cakewalk site for details.