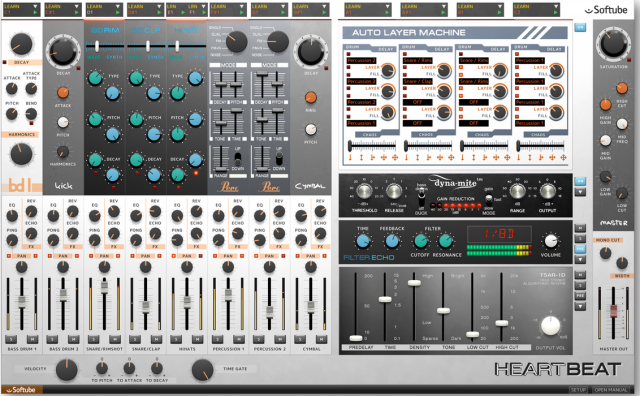 Softube has announced the release of Heartbeat, a drum synthesizer instrument for Mac & Windows.

Here’s what they have to say about Heartbeat:

It is the drum synth of your dreams, combining modeled analog synthesis of yesteryear with forward-thinking features and flexibility. The modeled analog sound engine, the Auto Layer Machine and the included top-of-the-line effects turns Heartbeat into a killer package for your beats.

Heartbeat is available now, for US $219. Includes licenses for VST, VST3, Audio Units and AAX Native. A demo version is also available.