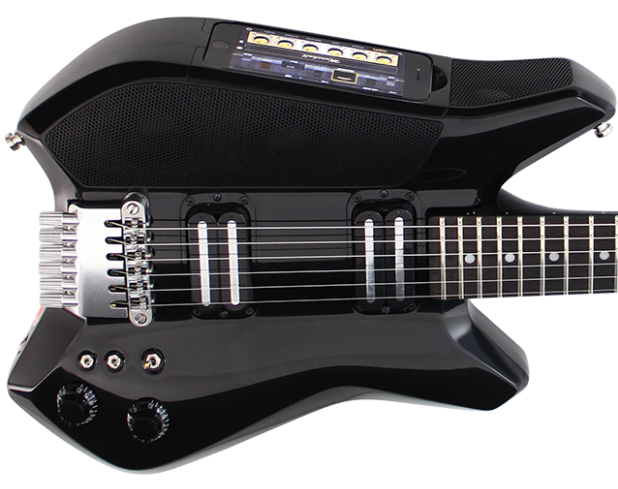 The Fusion Guitar is a new electric guitar design that features a built-in 20W amp and speakers and iPhone integration.

If there’s any doubt that there’s interest in a hybrid guitar amp/guitar/iPhone thing, the project’s IndieGoGo campaign is nearly half-funded, two days into the campaign.

The Fusion Guitar leverages the wide range of iOS guitar and audio apps, and turns them into an all-in-one solution for guitarists.

Here’s the official intro video for the Fusion Guitar:

In essence, the Fusion Guitar is a ‘smart guitar’ that uses an iPhone or iPod Touch as its brain. It works with existing iOS music apps, including JamUp, Bias, Amplitube, Ampkit, ToneStack, Guitar Pro, Guitar Master Class, GuitarToolkit, Jammit, GarageBand and others.

The Fusion Guitar is available to project backers, starting at US $399. See the project site for details.