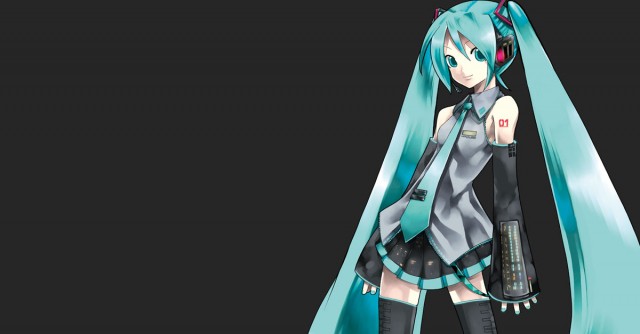 Like something out of a William Gibson novel, virtual vocalist Hatsune Miku has ‘announced’ plans for a 2016 US concert tour.

Hatsune Miku – whose name translates to ‘sound of the future’ –  is a anime vocalist, with a voice synthesized using Yamaha’s Vocaloid. Vocaloid works by combining text with note and performance information, entered on a piano roll interface.

In performances, Hatsune Miku’s animated image is presented as a hologram-style projection, with its movements synchronized with the synthesized vocal track.