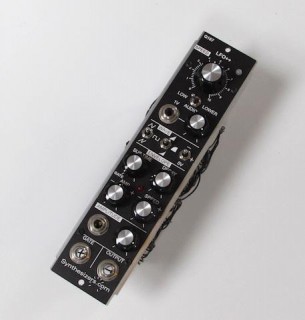 Analog synth module-makers Synthesizers.com are auctioning a rare prototype of their Q167 LFO++ module, with proceeds to benefit the Bob Moog Foundation.

The auction runs through 1pm (Pacific time) next Wednesday, December 30, 2015.

This one-of-a-kind module, built and signed by designer Roger Arrick, is fully functional, though it differs slightly from the final production units.

The Q167 LFO++ is a pure analog module with some unique features, including a precision LFO that operates into the audio range and tracks a 1v/octave keyboard or sequencer, and a wave shaping section that creates sine waves, anti-sine waves, curved sawtooth, gates, and more.

The built-in envelope generator provides control of the LFO’s speed and/or amplitude over time, with control over sustain TIME to produce sections of waveforms, bursts of gates, delayed vibrato, and more. The special configuration of the LFO++ makes it easy to control vibrato, tremolo and filter modulation with a wheel controller, keyboard pressure or a sequencer – great for controlling beat-count on individual sequencer steps. 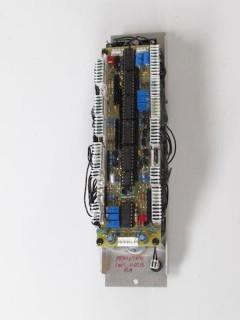 The prototype being auctioned is one-of-a-kind, with a printed label front panel and a raw, hand-soldered circuit board with some components mounted in sockets.

The unit can be used in any Moog-Unit format modular synthesizer with a Synthesizers.com power system.

“I usually keep all of my prototypes, so this is a rare offering,” notes Arrick, “I have been deeply inspired by Bob Moog’s pioneering work, and it is an honor for me to give back by supporting the Bob Moog Foundation’s educational and historic preservation work through this auction.”

One thought on “Synthesizers.com LFO++ Prototype Auction To Benefit The Bob Moog Foundation”