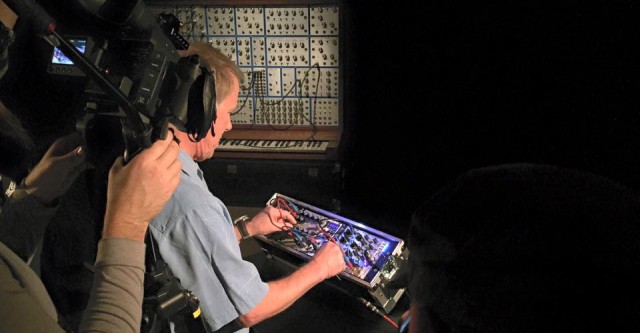 The image captures E-Mu co-founder Dave Rossum in this studio this morning, filming the intro video for the Evolution.

Details are to be announced still, but the photo suggests that the Evolution may be a Euro format update on the original E-Mu Modular System (1973). Expect more info to be announced at the 2016 NAMM Show.

5 thoughts on “Dave Rossum Teases Evolution Synthesizer – Is This The Return Of The E-Mu Modular System?”