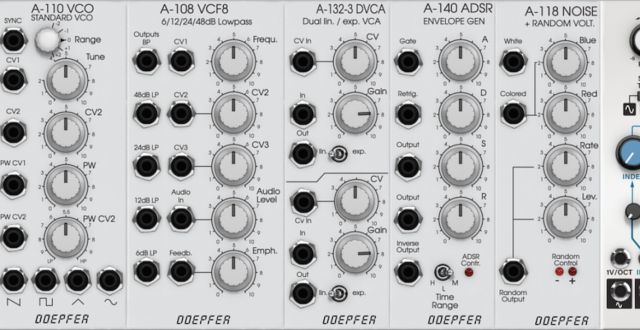 Softube  combined their talents with those of Eurorack inventor Doepfer and other Euro manufacturers to develop emulations of the original hardware that they say are ‘as close to hardware as you can get.’

Modular is available now, for use with VST, VST3, Audio Units and AAX Native, for an introductory price of US $75 (normally $99), Additional modules are also available, for an additional cost.