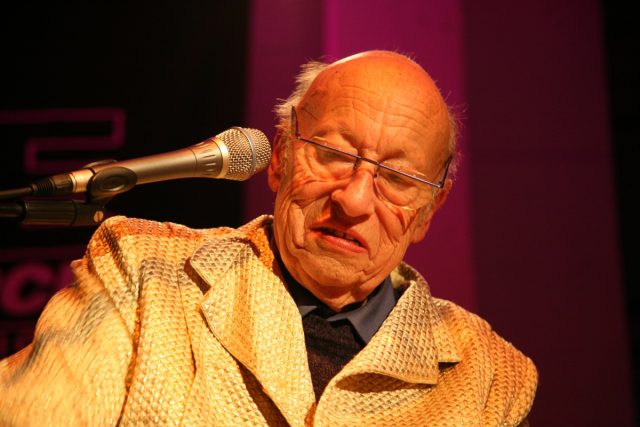 French composer & synthesist Jean-Jacques Perrey, a pioneer of electronic pop music, has died at the age of 87.

Perrey (January 20, 1929 – November 4, 2016) is best known for bringing the technology and sounds of experimental electronic music to pop and infusing his music with a sense of humor. He worked with early electronic keyboards, musique concrète and released a long string of Moog albums.

Perrey was an early advocate of Georges Jenny’s Ondioline keyboard. With Gershon Kingsley, Perrey released The In Sound From Way Out & Kaleidoscopic Vibrations. And, as a solo artist, Perrey released albums like The Amazing New Electronic Pop Sound of Jean Jacques Perrey & Moog Indigo.

One of his most iconic songs is E.V.A., from Moog Indigo:

His collaboration with Kingsley, Baroque Hoedown, is known to millions as the theme of Disney’s Main Street Electrical Parade.

Perrey stayed active as a musician throughout his life, releasing a pair of happy synthpop style albums with synthesist Dana Countryman, other collaborations and composing for television and the stage.