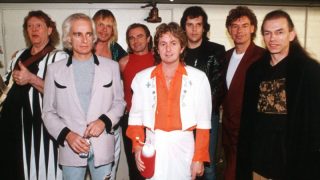 “What an honor this is for us and all involved with the history of this band,” shares guitarist Steve Howe. “We thank all the Yes fans who have been so passionate over the decades, and helped us to keep the flag flying.”