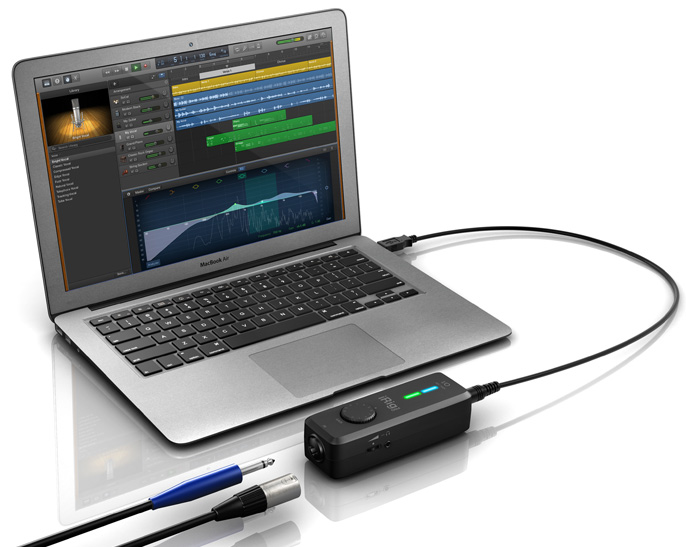 iRig Pro I/O is a simple “plug and play” interface that lets you hook up all your gear – guitars, basses, studio mics, vocal mics, keyboards and more – to your mobile devices or computers. This lets you record 24-bit/96kHz audio and MIDI tracks anywhere, any time.

iRig Pro I/O features a 1/8″ headphone/line out, with level control for use with the latest Apple devices like the iPhone 7 to connect to headphones, mixers, or powered monitor speakers.

iRig Pro I/O will be available in April, 2017, from the IK Multimedia online store and IK authorized dealers worldwide, for $/€149.99. Rig Pro I/O comes with 2 x AA batteries, Mini-DIN to USB and Mini-DIN to Lightning cables, and two 5-Pin MIDI to 2.5mm cables for connection to standard MIDI gear. See the IK site for more info.