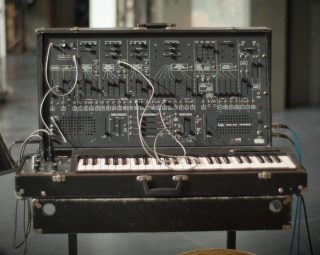 The company recently announced plans for a complete line os synths, starting at $49 and a $400 Minimoog clone.

Aside from the Oscar synth, I can confirm that the 2600 is high on our priority list as it is a truly remarkable synth; I always wanted one for myself:-)

We are currently trying to acquire an original unit for benchmark purposes.

We hope we will be able to show you a first design draft within the next few weeks, while we’re studying the circuit diagrams to provide you with an estimated retail price.

Once ready we will reach out to you to see if there is enough interest.

The ARP 2600 has been available in clone form for several years via the TTSH project. But the TTSH (Two Thousand Six Hundred) is an ambitious DIY project.

Behringer has signaled that he’s interested primarily interested in the budget mainstream audience and plans to use automation to drive production costs as low as possible. Behringer does not have any estimate on pricing on either of the synths at this point, but is instead at the early planning stages.