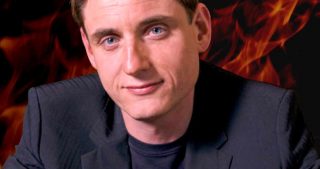 Uli Behringer revealed more details about his plans for synth world domination over the weekend, saying:

We’ll be creating both innovative new synths as well as reviving classics.

We’re all in and the teams are on fire.”

As part of this, Behringer is cloning classic analog chips as part of their plans, including BBD (delay) and Curtis and SSM (voice chip) designs. The most recent chip clone is a Curtis VCO chip:

“We just received the first batch of our 3340 VCO chip.

It is a 100% exact replica of the Curtis CEM3340 which even includes the 40 year old, 8 micron manufacturing process. It was a difficult and expensive undertaking but we are very pleased with the result as this VCO is considered one of the best sounding oscillators.

We are continuing to invest in reviving other legacy Curtis and SSM semiconductors which will allow us to bring back classic synths – all in the most authentic way. We have also reissued the 3320 filter chip which should be arriving in a few months.”

Behringer has previously said that the company plans a complete line of Behringer synthesizers, and teased cheap clones, including a cheap Minimoog Model D clone in Eurorack, an ARP 2600 clone; and Oxford Synthesizer Company OSCar  clone.

Official details on all their planned synths are still to be announced.