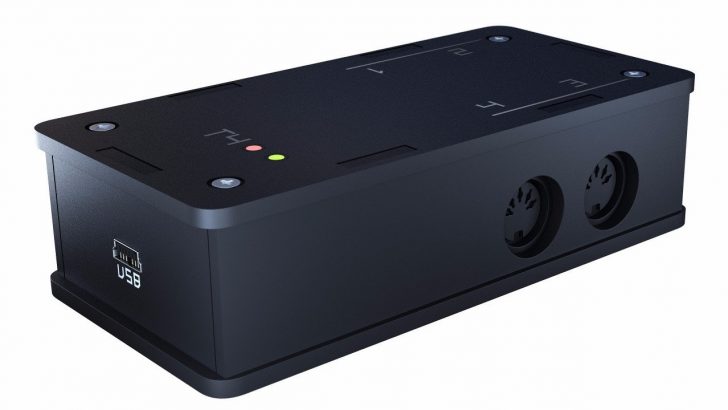 Gibbon Digital has introduced a new MIDI interface, the T4.

The T4 is described as a ‘next generation MIDI interface’. It’s class compliant, so it works without drivers on Windows, OS X, Android, iOS & Linux.

The T4 is available as a pre-order for 59€. The first units will ship early August.