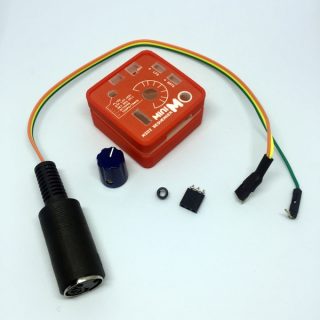 Developer Jose Gonzalez, creator of the miniMO 8-bit synthesizer, let us know that he’s released an add-on kit that turns the miniMO synthesizer into the midiMO MIDI sequencer.

He calls it ‘the smallest and cheapest sequencer on the market today.’

miniMO is based on a MIDI sequencer app that you load to the midiMO module. It lets you use the module as a pattern sequencer.

In addition to the app, Gonzalez has introduced an accessory kit that turns the miniMO into a standalone, MIDI-out capable device:

miniMO is an open project, so both the source code and hardware are free for anyone to examine and build. Details on the accessory kit are available at the miniMO site.