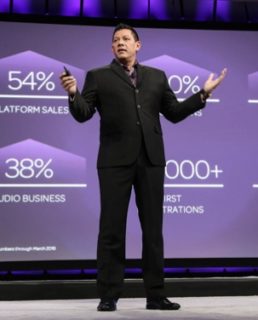 Avid today announced that the Company’s Board of Directors has terminated the employment of Louis Hernandez, Jr., former Chief Executive Officer, effective immediately, due to violations of Company policies related to workplace conduct.

Mr. Hernandez has also resigned from his position on the Avid Board of Directors and Nancy Hawthorne has been elected Chairman of the Board.

Avid says that, with the assistance of independent external legal counsel, a Special Committee made up of independent members of the Board of Directors conducted “a thorough investigation into allegations of improper non-financially related workplace conduct by Mr. Hernandez.”

After reviewing the findings of the Special Committee’s investigation, the Board of Directors unanimously concluded that the findings warranted “immediate termination of Mr. Hernandez’s employment.”

The Company’s Board of Directors has also appointed Jeff Rosica as Chief Executive Officer of Avid, effective immediately.

Mr. Rosica, who joined Avid in early 2013, is an industry veteran with more than 30 years’ experience in broadcast, media and entertainment. Prior to his role as President, he served as Senior Vice President, Chief Sales and Marketing Officer for the Company.