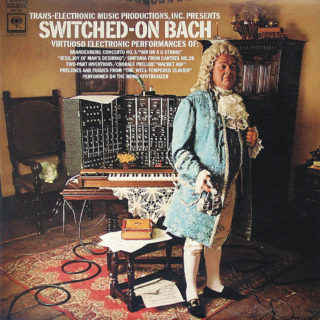 This month marks the 50th anniversary of the release of Switched-On Bach, a groundbreaking collection of Bach arrangements for synthesizer, by Wendy Carlos.

Switched-On Bach was released in October 1968 by Columbia Records. The album is a collection of pieces by Johann Sebastian Bach, performed by Carlos and Benjamin Folkman on a Moog modular synthesizer.

The album was a huge success, topping the Billboard Classical Album charts from 1969 to 1972, winning three Grammy Awards and going on to be certified Platinum by the RIAA. For many listeners, the album established the idea of synthesizers as a musical instrument.

Bob Moog described the album as “the birth of a new genre of music,- classical music, realized with impeccable musicianship on synthesizer and tape recorder.” 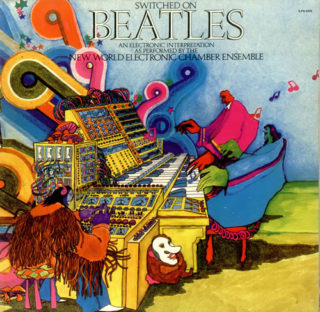 The album was such a hit that it led to a string of sequels from Carlos, and a slew of ‘switched-on’-inspired records, including Switched-On Buck and Switched-On Beatles.

In a 2003 interview, Carlos discussed how Switched-On Bach came together, in spite of the limitations of the Moog modular synthesizer:

People overlook the amount of personal invention and cleverness that we put in to make up for the fact that the instrument was so deficient.

It was very much what the Disney animators do when they produce one of their large features. It required that you step back from your inspiration, from your right hemisphere of creativity, and call on the left hemisphere to do a thinking through and an analysis.

Hopefully you won’t inhibit yourself when you do this, because thinking too much about something can be dangerous. I mean you have to really take apart what it is you’re trying to get at and analyze where the deficiencies still remain in order to go in and prune those, or at least attempt to prune them. You don’t always succeed. You do the best you can.

I think that people simply were unaware, especially a lot of people who bought the early instruments, they thought that the instrument was sort of like a Thomas organ, I guess. They expected to plug it in, press a few buttons, and sit down like a pit pianist, you know, and just crank out, you know, like a cocktail pianist. Some people did do that. In fact, actually, the whole field of synthesizers is really just like that. And the idea isn’t mine.

The album – and it’s intriguing cover – inspired a generation of synthesists.

50 years on, Switched-On Bach and many of Carlos’s other albums are, unfortunately, out of print and unavailable on digital music services.

17 thoughts on “The 50th Anniversary Of Switched On Bach”