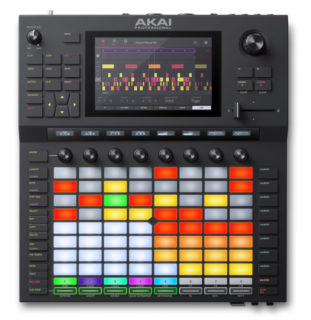 It also of MIDI In/Out/Thru and CV/Gate connectivity for working with modular and analog gear.

Force is designed for users that want to a clip-centric workflow, but work free from being connected to a computer. Akai says that “Force is the first standalone music production device that truly captures the modern clip-based workflow.” 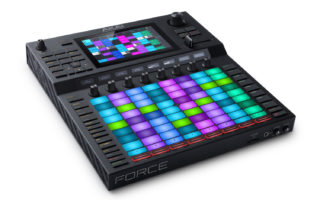 Akai says Ableton Live integration and more will be coming later in 2019:

Additionally, March 2019 will also see Splice integration within Force. Splice Sounds fuels the creativity of producers around the world with millions of high-quality, royalty-free samples, sounds, presets and loops, covering nearly ever musical style. With Splice integration in Force, users will have immediate wi-fi access to their own Splice library directly from the touch user interface – perfect for ultra-fast auditioning of sounds for implementation within their Force project.

The Akai Pro Force is expected to be available in February 2019, priced at US $1,499. See the Akai site for more information.