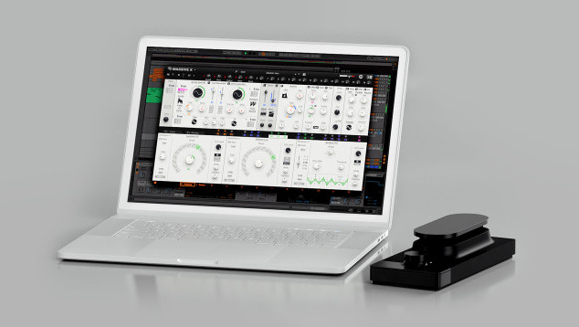 Music hardware and software company Expressive E have released a free synthesizer preset pack. The new twenty-preset pack does not require one of its unique Touché or Touché SE controllers; instead, the set makes use of the sound-design capabilities of Native Instruments’ flagship wavetable software synthesizer, Massive X.

The modular nature of Massive X allows its users to interact with sounds expressively. This set of Expressive E presets make use of Massive X’s “sophisticated” programming, enabling users to quickly shape the sounds in creative ways with the turn of a single control. Users can open these free presets directly in Massive X.

Owners of an Expressive E Touché or Touché SE controller will have an “even more precise and supremely tactile experience” with these sounds. The two devices’ four-axis control surface offers a high degree of touch and pressure sensitivity.

Touché and Touché SE owners can also open them using Expressive E’s Lié plugin host software. This enables the user to manipulate up to eight of Massive X’s macros at once with a single hand, making rhythmic manipulation of the sounds more varied and physically intuitive. Each of those Massive X macro controls manipulate multiple parameters, making these synth sounds extraordinarily dynamic when used the Touché or Touché SE.

Touché ($399 US) and Touché SE ($229 US) hardware also ships with more than 200 sounds powered by UVI Workstation software. These sounds are custom-designed to perfectly complement the controllers’ four-directional movements. Lié also includes presets for more than 30 popular software and hardware synthesizers from brands such as Arturia, Korg, Moog, Novation, Roland, U-he, and others.