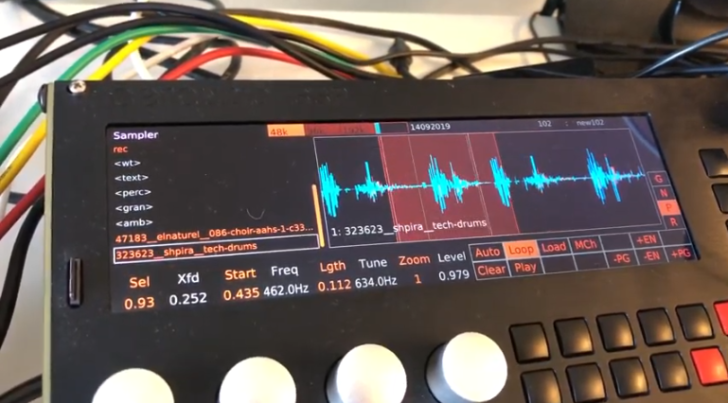 Scrubbing code added to the sampler. Scrubbing code has been added so that if the sampler is not looping and you change start, length or Xfade, no glitches can be heard. It now sounds like a tape head or vinyl record moving. Modulating start/length now is also smooth because it uses the same scrubbing code. Check out the video below:

New VCA module. The new quad-VCA module can be used as a VCA or mixer. Each VCA takes an audio input (A) and a control input, and the control signal is used to scale the audio signal. Both the audio and control inputs have attenuation parameters. There is also a gain parameter per VCA, and each VCA has an individual output. There is also a SUM output, which is the sum of all 4 VCA outputs, allowing the user to use the VCA as a mixer.

New Quad SVF module. The SVF now has 4 inputs and 20 outputs (4×5). It’s now a quad filter, which means there are four independent filters in one module. Each filter has five outputs, and the name of the outputs has been shortened to HP, LP, BP, PK and NT.

No matter how many filters are being used (as few as one, up to all four four); the CPU cost is the same. Filter processing is done in parallel on the CPU now, so this change does not increase CPU usage. 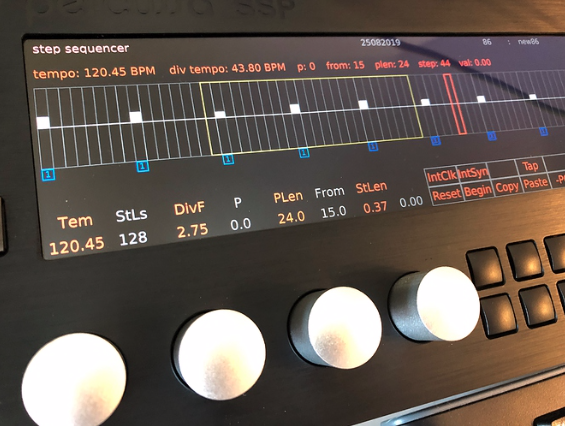 Updates to the MIDI module for MIDI Clock Sync. The MIDI module has 4 new modulation outputs (clock, start, stop, continue). The signals can be used in any way the user wants, with any module, internally in the SSP or externally (for example, to control other sequencers or modules in the user’s rack).

Using the multichannel audio/cv streaming over USB allows the user to send the signals to their DAW, and the DAW can function as the MIDI clock source (for example, connect a USB MIDI interface to the SSP’s host port, then connect this interface via MIDI cables to your computer’s MIDI interface, to receive the MIDI clock).