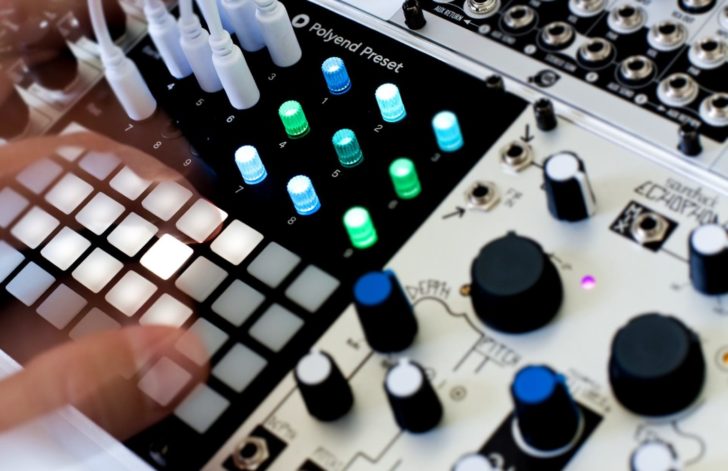 Today, Polish synth-makers Polyend announced that the Eurorack modules they had introduced in introduced in May at Superbooth 2019 in Berlin, are now available for purchase.

Among the new modules is the Preset, a preset manager for Eurorack synthesizers (pictured above), but Polyend developers add, “it’s much more than this.” Preset has 9 LED colored clickable encoders, allowing the user to store up to nine different CV output values in 32 banks of 32 presets. (“Yep, 1024 in total!”). 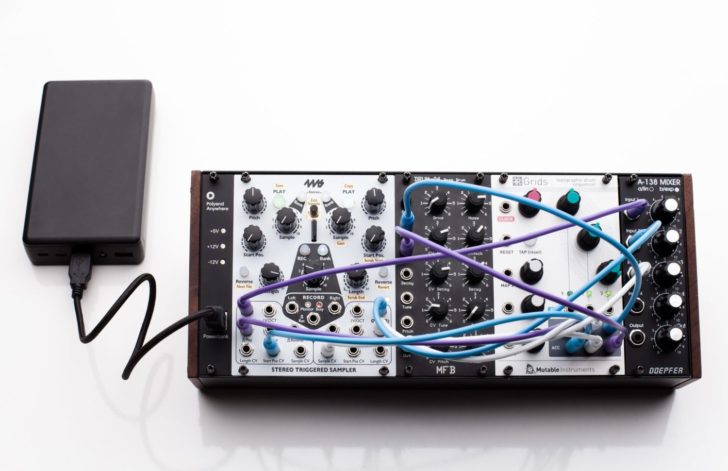 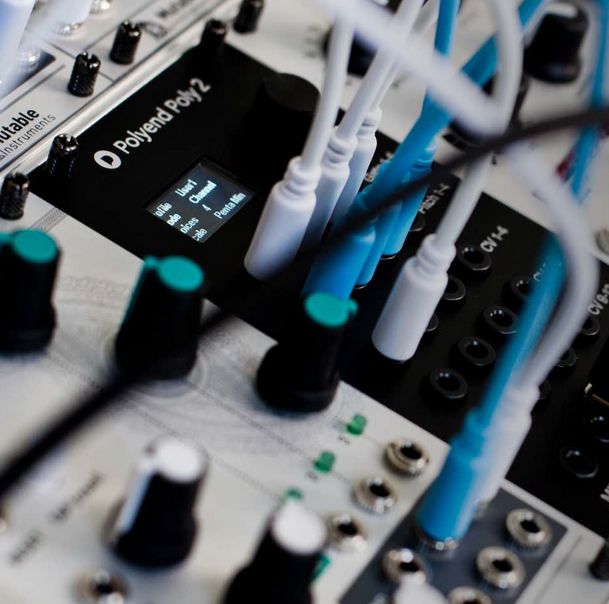 The third module now shipping is Polyend Poly 2, a MIDI to CV converter module. It allows the user to connect their computer or smartphone to its USB port; and class-compliant MIDI controllers connect via USB Host, and “all the other device[s]” via the MIDI jack port. The Eurorack module offers an array of analog outputs, affording the user the versatility to hook up “loads” of different types of modules. Settings are adjusted on an OLED screen with a “straightforward” menu system. Set, save and recall parameters with a click of an encoder.

In order to be compatible with every MIDI device, Poly 2 also gives users a wide array of customizable parameters. It also works with MPE devices. Poly 2 accomodates a range of voltage norms, with different standards for Pitch and Gate, allowing it to work with Eurorack modules, Buchla, and other CV-operated instruments. 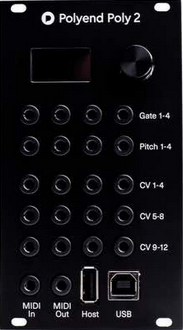